The elder member of the family ties a boiled egg with a thread and moves it 3 times in front of the mouth of the other members of the family, starting with the younger one. Each one tries to eat the egg. All this ends with a cheerful dinner. Everybody eats an egg so as to end the period before the fast with it, until the Easter when the festive period will start again with an egg.

Then the joy continues with the Kladaries. Each neighborhood prepares a pile of wooden sticks. When the fire is ready laughing, songs, and sometimes gunfire can be heard around it. The village looks magnificent and spectacular with the light of the fires in every neighborhood during the night. The flames seem to reach the sky, you can nearly tell they lick the stars. Near the fire, men start dancing. They hold long wooden sticks, which they call “dekanikia”, sing traditional songs, most of which shameful, and celebrate until midnight. 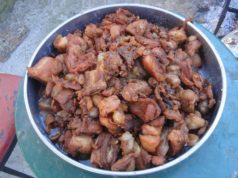 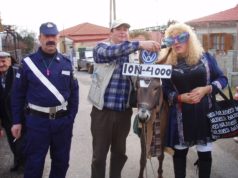 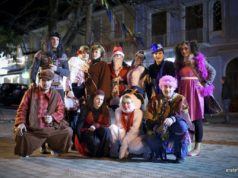